When I turned 25 I started to reevaluate things. Suddenly 30 didn’t seem all that far away.
And so I did what any sensible person would do, and drew up a bucket list. My bucket list wasn’t huge – I’d rather not swim with dolphins thank you very much, god knows where they might stick their beaks, and I can’t bungee jump or skydive or anything else pant-shittingly terrifying due to the small hole in my retina that would become a very big hole if gravity were allowed to have its wicked way (it’s true). But there were a couple of things I wanted to get under my belt…

One of which, was to run a race. I dreamed of sprinting across the finish line as the crowds cheered, sweating in a way that gave me a kinda sexy glow and experiencing an extreme sense of elation. All of this, turns out, was completely unrealistic. Except the elation. That happened a wee bit.
Running a race meant more to me than losing a few pounds or being able to brag to less athletically inclined pals/family/strangers/stray dogs about the achievement. It meant I had kicked the butt of an illness that had changed the course of my life forever, disrupted my family’s life and stolen my teens.
And so the call came, “let’s do a 5k!” chimed my lovely but much fitter than me bunch of pals. It was on.
What’s the most tired you’ve ever been? Could you lift your arm? Could you speak? Also your head hurts so much sometimes you pass out, your hands and feet are like blocks of ice and your limbs ache constantly. For five years. And nobody knows why. That’s M.E..
I don’t want sympathy. I just want the world to know that it’s is real and people are suffering and the last thing they need is for you to tell them they’re probably faking it for attention/have school phobia/should try doing more exercise.

Learning to run isn’t easy. At first I began to wonder if I truly did have two lungs as I had always been led to believe. Gasping, panting, sweating and wobbling in my running tights ain’t pretty. Times got tough, until I listened to a podcast from one of my faves, Trish Blackwell. “It’s going to hurt,” she said, “expect pain.” She runs marathons and stuff.
I expected it. Bring it, I said in my own head (mostly). I ran in the rain and felt like Action Woman. I ran in the blazing sunshine and felt like I was going to Pass Out. I ran right up until the big day, and then I ran some more.

If you aren’t familiar with the Color Me Rad concept let me explain – you run 5k while simultaneously being pelted with multicoloured powder. The atmosphere on the day was electric, everyone was itching to get running. Before I got to the track I’d felt nervous, but soon excited anticipation took over.
I ran most of the circuit with my pals, each of us taking turns to be the encouraging one. About 4k in I slowed down to a walk, it was baking hot – the blazing sun made me feel like I was cooking alive. With the finish line in sight I picked up my pace again. Just as I was approaching the last bend, and an assault of yellow powder – during which I thought I might be able to slow down a little – I heard a familiar voice shout my name. My dad grinned and waved at me from the crowd, then pointed his camera at my sweaty, slick with hair-masque (to protect my fake blonde locks) head. I had no idea my parents were going to be there.
I had no choice, this wasn’t about me anymore. This was about my parents, about people who have M.E. today and the people who had sponsored my run. It was also about the teenage me. Which I guess is technically me, but whatevs. It was symbolic.
With everything I had left I sprinted to the finish line. My sportiest pals who were waiting at the finish line cheered me as I crossed, and the sky exploded with pink and blue and yellow as everyone threw their bags of powder into the air. Best. Feeling. Ever.

Sure, it’s only 5k, but I’d done something I never would have thought possible. That’s a nice little tick for the bucket list.
And the other two things? Get published and go to Paris. One tick, one tick about to happen just before the big three-oh….

(photos thanks to the lovely Ash!)

The eternally rad Ash (on my back)

3 thoughts on “Reaching the finish line” 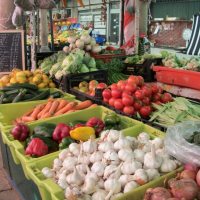 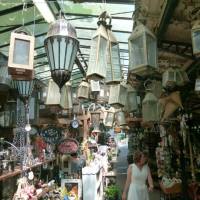 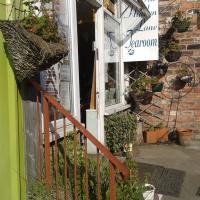 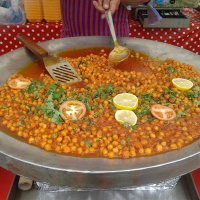 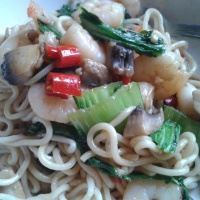 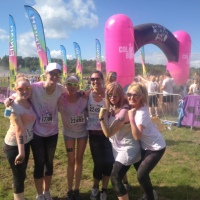